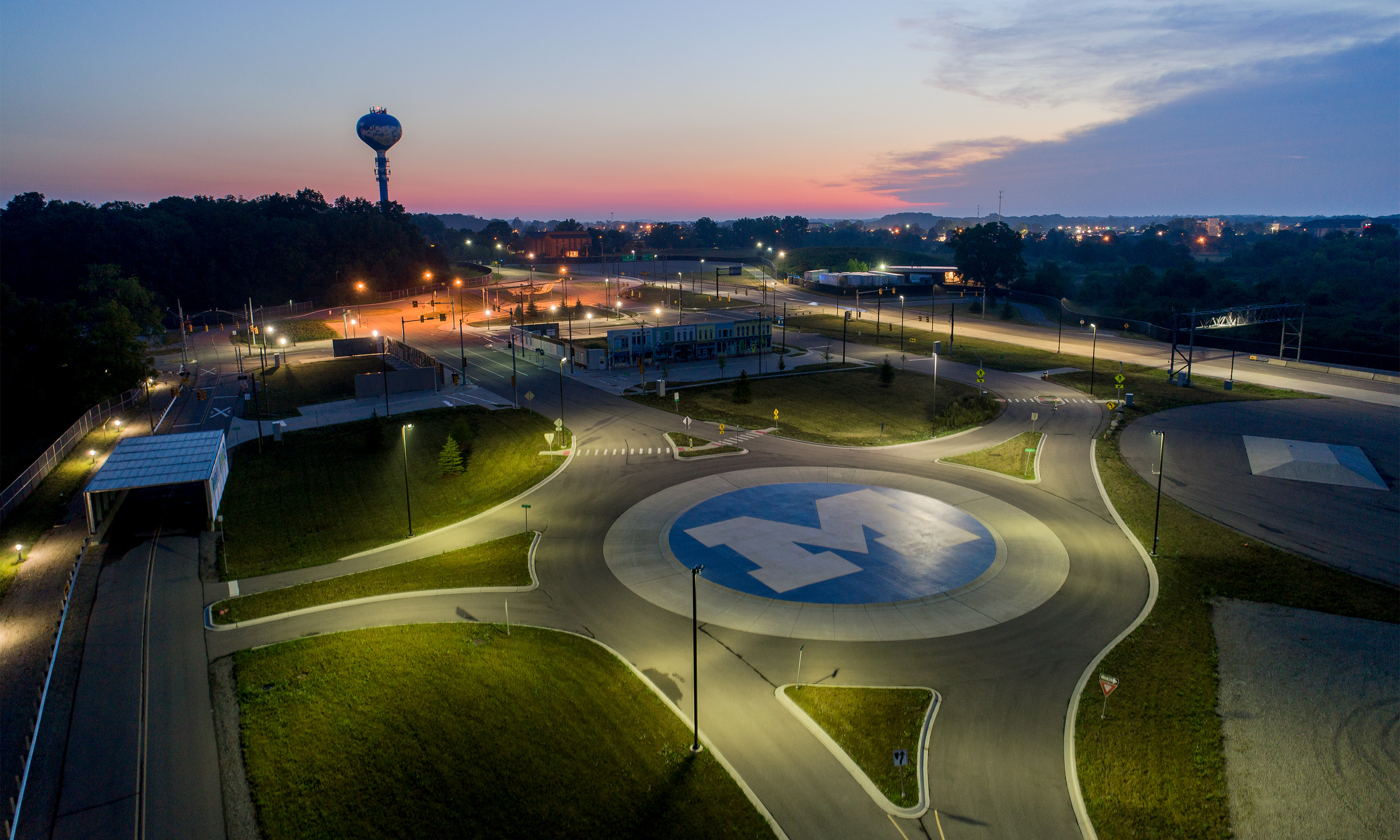 The vision for the test facility was to recreate real-world urban conditions in a safe, controlled environment where CAVs and their technologies could be tested before taking them out on public roads.

This simulated city — with roads and traffic signals, of course, but also building facades, a highway overpass and more — rose with a relatively small footprint: About 16 acres of roads and traffic infrastructure on a 30-acre site on U-M’s North Campus.

Today, the Mcity Test Facility still covers about 16 acres, but we continue to add new features to meet the research and development needs of test facility users navigating an ever-changing CAV landscape.

Check out our new video tour:

In the future, for example, test facilities will need to be significantly smarter than they are today to adequately test the “brains” of increasingly capable transportation systems.

To support this, Mcity developed software for automated control of the test facility’s infrastructure, such as traffic lights, a rail crossing, and robotic platforms for pedestrian dummies. We even have a robotic deer.

This new software interface and app, called Mcity OS, can be accessed from a smartphone, laptop or vehicle computing platform. It allows researchers and test engineers to design and script complex test scenarios and coordinate actions in the facility for the kind of safe, highly repeatable testing essential to CAV development.

Possible future projects at the Mcity Test Facility include testing to support development of the Michigan Connected Corridor, announced in August, intended to link Ann Arbor and Detroit via dedicated lanes for CAVs.